Black Politics and the Struggle for Justice in Sports 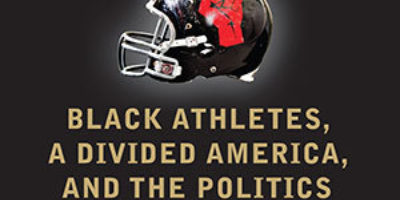 Black athletes raising their voices and taking a knee against injustice are under attack by Trump’s White House, commentators, coaches, and many fellow Americans. Three writers will examine the role Black male and female athletes have played in the long struggle against racism and injustice and the barriers and criticism they have faced for their politics. Professor Randy Roberts will discuss Blood Brothers: The Fatal Friendship between Muhammad Ali and Malcolm X. Professor Amira Rose Davis will preview her forthcoming book, “Can’t Eat a Medal”: The Lives and Labors of Black Women Athletes in the Age of Jim Crow. And, ESPN’s Howard Bryant will discuss The Heritage: Black Athletes, A Divided America and the Politics of Patriotism (Note that while Howard Bryant had to cancel his attendance due to unforeseen circumstances, we were fortunate to have Toni Smith-Thompson join us).

Black Politics and the Struggle for Justice in Sports from SchomburgCBFS on Vimeo.