CONVERSATIONS IN BLACK FREEDOM STUDIES will be going virtual for the 2020-2021 season. We're excited to announce our fall season now, with the spring schedule to follow soon.

SEPTEMBER 3: How Did We Get Here? The Long Struggle for Educational Justice in New York 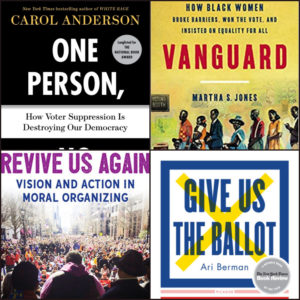 OCTOBER 1: Fighting for the Franchise: A Century of Struggle for Voting Rights